To share your memory on the wall of Harold Levell, sign in using one of the following options:

Harold will be missed by his daughter, Brenda Lou Yocum of Rising Sun, IN; his son, Mark Levell and his wife, Jennifer of Lynchburg, TN; his grandchildren, Cassandra Parker and David "DJ" Yocum, Jr.; his great-grandchildren, Trevor Parker, Abby Parker and Riley Parker; his brother, Bill Levell and his wife, Sharon of Rising Sun, IN; his sisters, Linda K. Levell and her companion, Gary Turner of Rising Sun, IN and Sharon Wainscott and her husband, Bill of Dry Ridge, KY; his sister-in-law, Helen Lucille Levell of Vevay, IN; his brother-in-law, Dennis Gilland of Milan, IN and his several nieces and nephews.

Due to COVID-19, masks are required along with social distancing. Funeral services will be conducted Saturday, October 24, 2020, at 11:00 a.m., by Bro. Hobert Byrd & Pastor John Hale at the Haskell & Morrison Funeral Home, 208 Ferry Street Vevay, Indiana 47043.

Interment will follow in the Mount Carmel Cemetery, Aberdeen, Indiana.

Memorial contributions may be made to the Fairview Baptist Church. Cards are available at the funeral home or online at www.haskellandmorrison.com
Read Less

To send flowers to the family or plant a tree in memory of Harold Raymond Levell, please visit our Heartfelt Sympathies Store.

Donations are being accepted for: Fairview Baptist Church.

Posted Oct 21, 2020 at 10:29pm
May care and love of those around you provide comfort and peace to get you through the days ahead. Our most sincere condolences.
Ronnie Raby & Marcia Hopper

Posted Oct 20, 2020 at 10:56am
Our thoughts and prayers are with you. With deepest sympathy from your Albea Family!

Flowers were purchased for the family of Harold Levell. Send Flowers 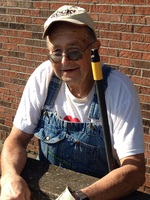 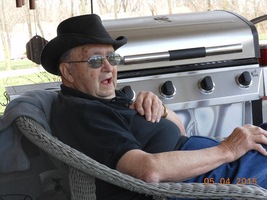 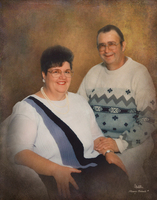