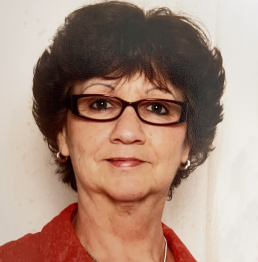 Mrs. Mary Ann (Gullion) Leap, age 69, of Madison, Indiana, formerly of Switzerland County, Indiana, entered this life on May 15, 1953 in Bennington, Indiana. She was the loving daughter of the late, Verle and Mary Barbara (Chandler) Gullion. She was raised in Switzerland County and attended Pleasant Elementary School. Mary Ann graduated from the Switzerland County High School, class of 1971. Mary Ann was united in marriage to Mike Madison in 1972 in Vevay, Indiana. This happy union was blessed with a son James. She was later united in marriage on January 2, 1981 to Michael J. "Mike" Leap in Springfield, Tennessee. Mary Ann and Mike shared 18 years of marriage together until he passed away on January 21, 1999. Mary Ann was employed for Cole Bakes Insurance in Vevay, Indiana for several years. She later owned and operated McKay Lumber with her husband, Mike in Vevay, Indiana for several years. Mary Ann was later employed as a secretary for Waller's Meter in Madison, Indiana. Mary Ann loved cats and enjoyed traveling, spending time with her friends and family and bowling, as well as, going to the beach with her best friends. Mary Ann passed away on Wednesday, June 29, 2022, at her residence in Madison, Indiana.

Mary Ann will be deeply missed by her son, James Leslie Madison of Los Angeles, CA and his wife, Irene of Naga City, Philippines; her sister, Barbara Jean Peelman of Vevay, IN; her several nieces and nephews; her brothers-in-law and sisters-in-law, Debbie and Gerald Barnes of Madison, IN, Jill and Errol Wayne Judy of Vevay, IN, Billy and Rose Leap of Vevay, IN, Eddie and Joan Leap of Vevay, IN and Ragina and Wesley Poling of Vevay, IN; her several cousins and her best friends since grade school, Barbara Burkman, Bonnie Colen, Jeanne Jones, Kathy May, Louann Waller, Margaret Ann Riley and Vicki Bear.

Memorial contributions may be made to the Mike Leap Memorial Endowment Fund c/o CFSCI. Cards are available at the funeral home or online at www.haskellandmorrison.com

All rights reserved. This obituary is also archived at obittree.com